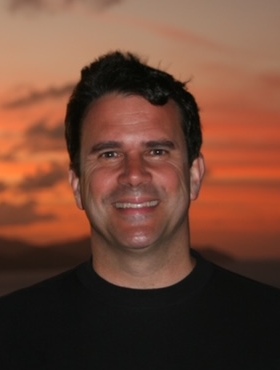 Steven Silva, a loving father, husband, brother and active member of the Rye Neck community passed away on July 19.  He died due to complications from severe Covid following a surgery. He leaves behind an anguished family — his wife Kristin and his two children, Natalie, 15, and Sam, 13. He is also survived by his younger brother Paul.

Steve had just turned 65, although he always looked closer to 45.  We will miss his dry sense of humor. We will never be able to organize the garage like he did. And we will even miss hearing his playlist — his only playlist — that did not have a song written after 1979.

When Steve was younger, he impressed all who saw him on the basketball court. His high school basketball coach, Bob McClellan, noticed how smooth he was with everything and dubbed him “Satch,” after Satch Sanders, a Boston Celtics player whose game was smooth as silk. That name stayed with him for good among his high school friends.

Above all, Steve Silva was always there for his family  He showed up. It was always about us and never about him. He showed up for every game and most practices. He showed up to coach, to cheer and to video every key play with his bulky, professional camera. He showed up to drive, to make lunch, to grill burgers (always very, very well done), and to complete any task, large or small, if it meant making his family happy. He was always there for his parents, Anna and John, and sister Linda before they passed away and was proudly the best man at his brother Paul’s wedding to Nancy Ruggieri in 2019. He also showed up in our community, attending many Rye Neck school events during and after he served on the school’s Board.

Here’s what else you should know about Steve. He loved the Boston Red Sox (the 2004 team in particular). He loved March Madness and picking his bracket (although his children want it noted that they beat him every year). He loved taking hikes in Martha’s Vineyard and long walks in Greenhaven and the Marshland Conservancy with his wife. He loved his home town of Warren, Rhode Island. He was a talented photographer and writer and uniquely gifted at packing the car before vacation.

In lieu of flowers, food or donations, we ask that you help us in the long weeks, months and years to try to manage though this enormous void.

Out of respect for Steve’s wishes and due to rising Covid rates, we held a small, private service for his family and closest friends. We will host a broader celebration of his life as soon as we’re able.

Share Your Memory of
Steven
Upload Your Memory View All Memories
Be the first to upload a memory!
Share A Memory
Plant a Tree