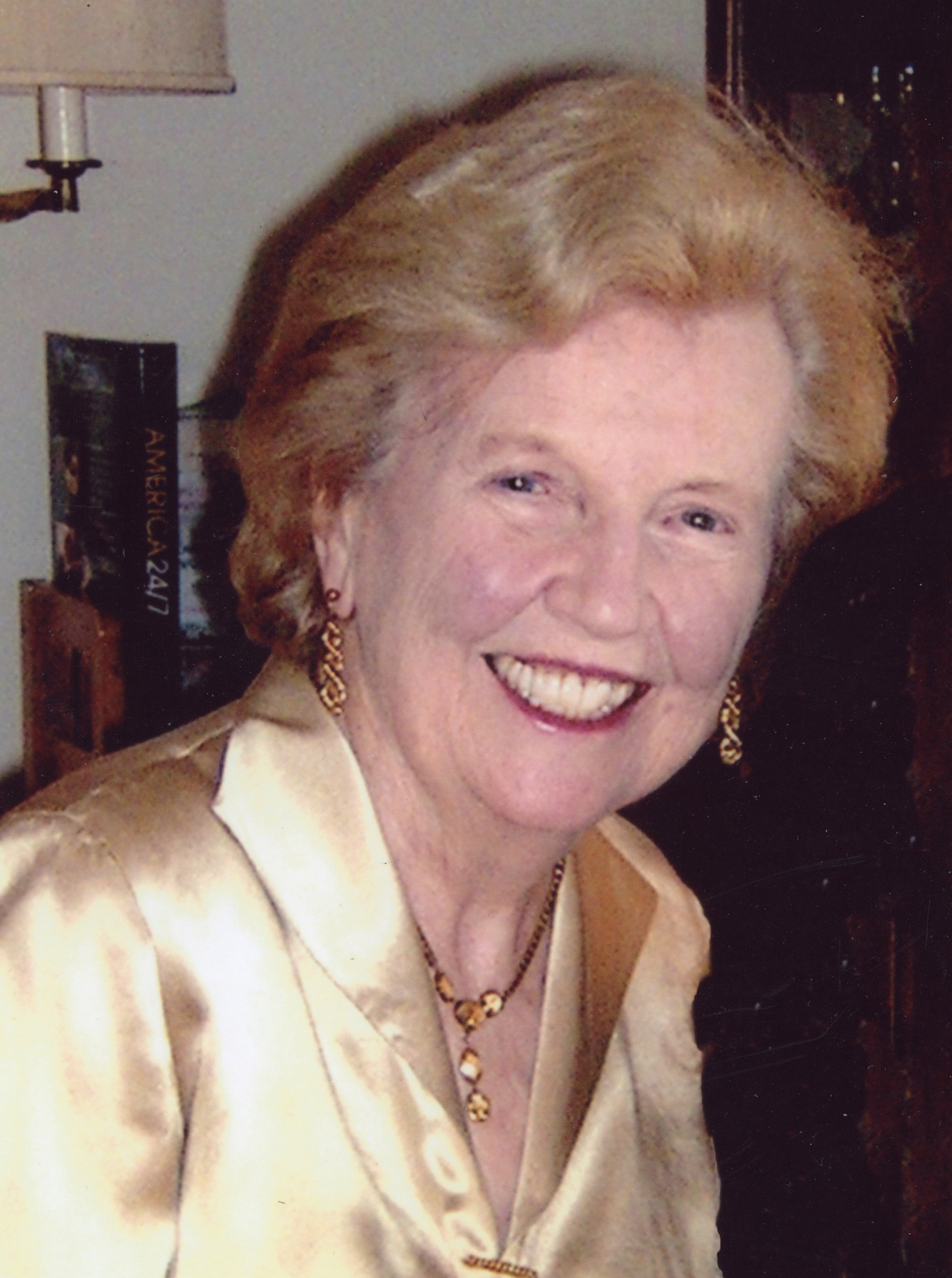 Please share a memory of Ruth to include in a keepsake book for family and friends.
View Tribute Book

Ruth Donovan Ruth, a pediatrician who specialized in individuals with developmental disabilities, died peacefully at her home on July 29, 2022 in Rye, N.Y., surrounded by her family. She was 98 years old.

Mom was born on May 12, 1924 to Katherine and Timothy Donovan, the youngest of four children from a close-knit American Irish family in Park Slope, Brooklyn. Her father owned and operated a fleet of tugboats and barges on the Hudson River. Her mother, a former school teacher, was active in a variety of Brooklyn charitable and social organizations.

Mom earned a bachelor’s degree in chemistry and math in 1945 from Notre Dame College of Maryland, then decided to become a physician, with the enthusiastic support of her parents.

In 1949, Mom received her medical degree from the Long Island School of Medicine, known today as the SUNY Downstate College of Medicine. Following an internship at Kings County Hospital in Brooklyn, Mom completed her residency in pediatrics at Columbia-Presbyterian Babies Hospital in Manhattan, where she had the honor of working under renowned chief of pediatrics Dr. Rustin McIntosh.

In 1956, Mom went on a first date with Joseph Ruth, a civil engineer and widower with three children: Joe, Jack and Cathy. She recalled that the thought crossed her mind after their date that his last name might present a challenge should a relationship progress to marriage. Perhaps it would be better to introduce him to her college friend Alice instead. After their second date, however, she decided she might like to keep him for herself.

The couple was married on June 29, 1957 and ‘Ruth Ruth’ she became, moving to live with Joe and his family in Eastchester, N.Y. Over the next decade the couple had four more children: Mary, Anne, Julie and Tim. The Ruth family moved to Scarsdale, N.Y. in 1967, and spent many happy summers in Sag Harbor, N.Y., our father’s hometown.

As a physician, Mom was always known professionally as Dr. Donovan, a loving tribute to the parents who financed her medical school education.

After her marriage, Mom continued to practice medicine while attending to the needs of her large family. In the 1960s she worked two mornings a week at various clinics, including The St. Agnes Home and School for Children in Sparkill, N.Y.

When her youngest child, Tim, entered first grade in 1971, Mom embarked on a rewarding new professional chapter, obtaining a fellowship to specialize in the diagnosis and care of individuals with intellectual and developmental disabilities.

Mom began working with Dr. Margaret Giannini, founder of the Mental Retardation Institute (MRI) in Manhattan, one of the first clinics in the U.S. devoted exclusively to serving individuals with intellectual and developmental disabilities and providing support to their families.

In 1972 Dr. Giannini asked Mom to direct MRI’s outpatient department at its new campus at Westchester County Medical Center in Valhalla, N.Y., now part of the Westchester Institute for Human Development. Mom agreed, provided that she could still see patients every day.

For more than 15 years Mom led a first-rate team at MRI in partnership with Dr. Elinor Binnebosel, using Dr. Giannini’s ground-breaking, multi-disciplinary model to provide diagnostic and therapeutic services, as well as a full range of medical services, education and social services to patients with special needs and their families. She also maintained a flexible work arrangement that allowed her to be home by 3 p.m. for her children.

At age 50, Mom lost her beloved husband Joe after a six-month illness in 1974. She lovingly completed the responsibilities of raising their four children as a single parent.

In 1987, Mom decided to retire from full-time medical practice, and kept her hand in professionally for several years afterward with locum tenens assignments in St. Lucia and North Carolina.

In 1996 Mom was among the first wave of retirees to move to Sterling Park in Rye, N.Y., the independent living section of The Osborn, where she was affectionately known as “Dr. Ruth”. Over the next 26 years she formed many cherished friendships, enjoyed a broad range of activities and kept a social calendar that was the envy of her children.

A lifelong learner, Mom delighted in the opportunity to take courses at nearby Manhattanville College in subjects far removed from science and medicine, especially art history and literature.

She loved a great bridge game, and enjoyed regular foursomes with friends throughout her life. Mom always played Scrabble, Boggle and Monopoly to win – there was no coddling of children and grandchildren during summer evenings playing board games in Sag Harbor.

She had no defenses against chocolate. Mom adored Hershey bars, walnut clusters, chocolate turtles and chewy fudge brownies with a crusty edge - but really, any chocolate would do.

Mom was an active parishioner at Immaculate Heart of Mary Church in Scarsdale for 40 years, then a parishioner at the Church of the Resurrection in Rye, N.Y. for the remainder of her life. In her retirement she enjoyed being a lector.

She is survived by her daughters Mary, Anne, and Julie; her son Tim and his wife, Christina; and her two grandchildren, Natalie and Joseph.

Mom was our role model, our number one cheerleader, and the most wonderful friend we could have ever had.

In lieu of flowers, the family would appreciate it if donations could be made in Mom’s memory to Doctors Without Borders.

Share Your Memory of
Ruth
Upload Your Memory View All Memories
Be the first to upload a memory!
Share A Memory
Send Flowers
Plant a Tree