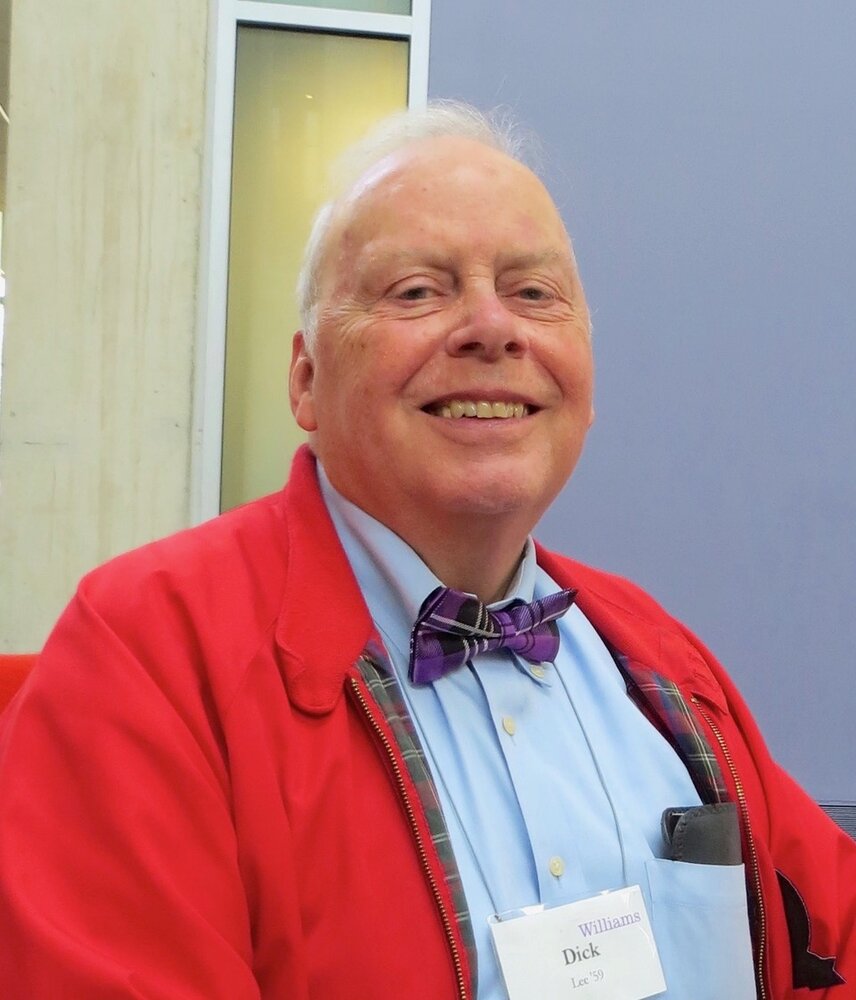 Please share a memory of Richard to include in a keepsake book for family and friends.
View Tribute Book

Richard Dallam Lee died peacefully on August 19th at the age of 84. Dick was born December 10, 1937 in New York, New York, the son of Robert Bryarly Lee and Elizabeth Cogswell Lee. He married Sally Cochran Boardman in London on September 7, 1966 and they moved to Rye, where they have lived for over 55 years.

Dick grew up in Pelham, New York and attended Pelham High School. He graduated from Williams College in 1959. After serving in the National Guard, he joined Citibank where he worked for 40 years. As a Chartered Bank Auditor for Citibank, he traveled throughout Latin America for 19 years. He then transferred to the Investment Banking Division where he was a risk manager until his retirement in 1999.

Dick was a lifelong Episcopalian serving as an acolyte in his church in Pelham. At Christ’s Church in Rye, he served on the Vestry, the Search Committee, the annual pledge campaigns, and was a lector.

Dick was an enthusiastic actor, playing many roles with The Harrison Players and serving as its president for a period of time. He performed in two plays presented at Christ’s Church, playing Col. Heathcote in Visions of Faith, a history of the parish, and playing the leading role of the Apostle Paul in Journey into Fellowship. Dick spent his last five years as a resident of The Osborn, where he enjoyed his many friends and activities. He was a lifelong supporter of The Boston Red Sox.

Dick is survived by his wife of 55 years, Sally; his brother, George Cogswell Lee, and his daughters and their families; his two daughters, Dorothy and Kate, and their husbands, Olivier and Mike; and his four grandchildren, Madeleine, Beatrice, Tommy and Lucy.

Share Your Memory of
Richard
Upload Your Memory View All Memories
Be the first to upload a memory!
Share A Memory
Send Flowers
Plant a Tree