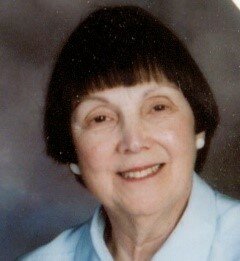 Please share a memory of Barbara to include in a keepsake book for family and friends.
View Tribute Book

Barbara Klipper Francis, 93, died peacefully at her home at The Osborn in Rye, New York on August 30, 2022. Barbara was born in Larchmont, New York but moved to Los Angeles at a young age with her widowed mother and two brothers. After graduating from Fairfax High School in Los Angeles and spending one year at the University of California at Berkeley, Barbara transferred to UCLA, from which she graduated in 1949. She wrote a regular column, named “Looking Ahead”, for the Daily Bruin Newspaper which dispensed practical advice for women. It was on the Daily Bruin that Barbara met her husband, Charles Francis, to whom she was married for 60 years until his death in 2009. Barbara moved with her family and two young children to Chappaqua in 1962. She was active in many community activities in Chappaqua, including serving as the President of the Chappaqua PTA and volunteering for the League of Women Voters. She followed her lifelong passion for newspapers by selling advertising for several years for the Patent Trader newspaper in Mount Kisco, New York. She later spent 15 years as the Associate Director of the Westchester County Medical Society.  Barbara moved to The Osborn in 2001, where she took a particular interest in welcoming new residents to The Osborn community, chairing the Hospitality Committee for many years.  She was full of energy, kind and generous to all who were fortunate to have known her. Additionally, she was passionate about gardening, current events, and Democratic politics.  Barbara was the proud mother of two children, Abby Francis Kohnstamm and Paul Francis, the proud grandmother of Sarah Macone and Paul Kohnstamm, Charles and Eleanor Francis, and the proud great-grandmother of Logan and Ellie Macone, Leo Kohnstamm and Arthur Francis. A memorial service in celebration of her life will be held at a later date this Fall.  In lieu of flowers, the family requests that donations be given to The Osborn, 101 Theall Road, Rye, New York 10580 or Calvary Hospital, 1740 Eastchester Road, Bronx, New York 10461.

Share Your Memory of
Barbara
Upload Your Memory View All Memories
Be the first to upload a memory!
Share A Memory
Plant a Tree