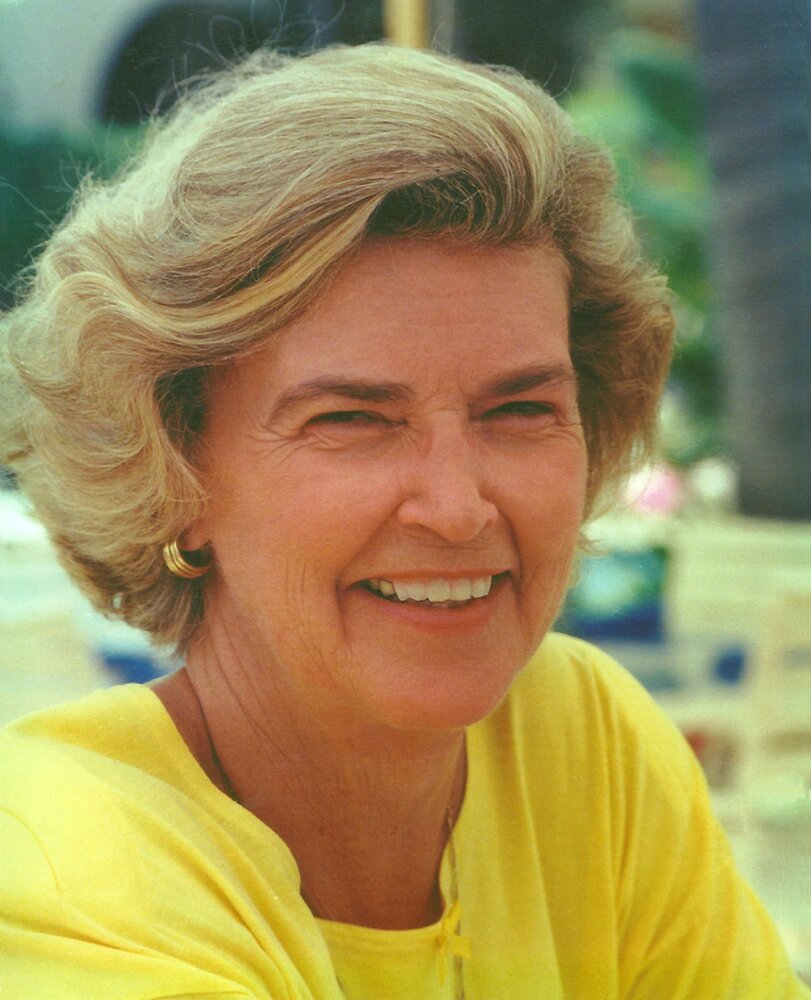 Please share a memory of Jean Marie to include in a keepsake book for family and friends.
View Tribute Book

Jean Marie Draddy Hueffed died peacefully September 2, 2022. She had recently had her 92nd birthday in June. A Rye resident for more than 60 years. Born in Manhattan, NY on June 17, 1930. The daughter of William Gregory Draddy and Mary Bergin Draddy. She graduated from St Gabriel High School in 1948 and Marymount College in 1950.

Jean Marie Draddy came into this world in 1930 in Manhattan, NY during the Great Depression. She was born of Irish heritage, paternal and maternal, and both the Draddy’s and the Bergin’s weathered the devastating difficulties of the time with grit and aplomb – Jean’s “inheritance”.

Jean was a woman ahead of her time. She raised four strong and willful children, occasionally bristling at their independence. She and Bob lived in Rye New York for 60 years; a life filled with extended family and fabulous friends.

She will be remembered for her authenticity, quick wit, and progressive sensibility. She was a class act. She will be missed.

Interment will at Greenwood Union Cemetery in Rye, New York at 2:00 pm on Tuesday September 6, 2022. Memorial mass will be held at the Resurrection Church, Rye, New York at 11:00 am on Wednesday, September 7 with reception to follow. If sending flowers, address to Jane O’Brien’s residence.

Share Your Memory of
Jean Marie
Upload Your Memory View All Memories
Be the first to upload a memory!
Share A Memory
Send Flowers
Plant a Tree