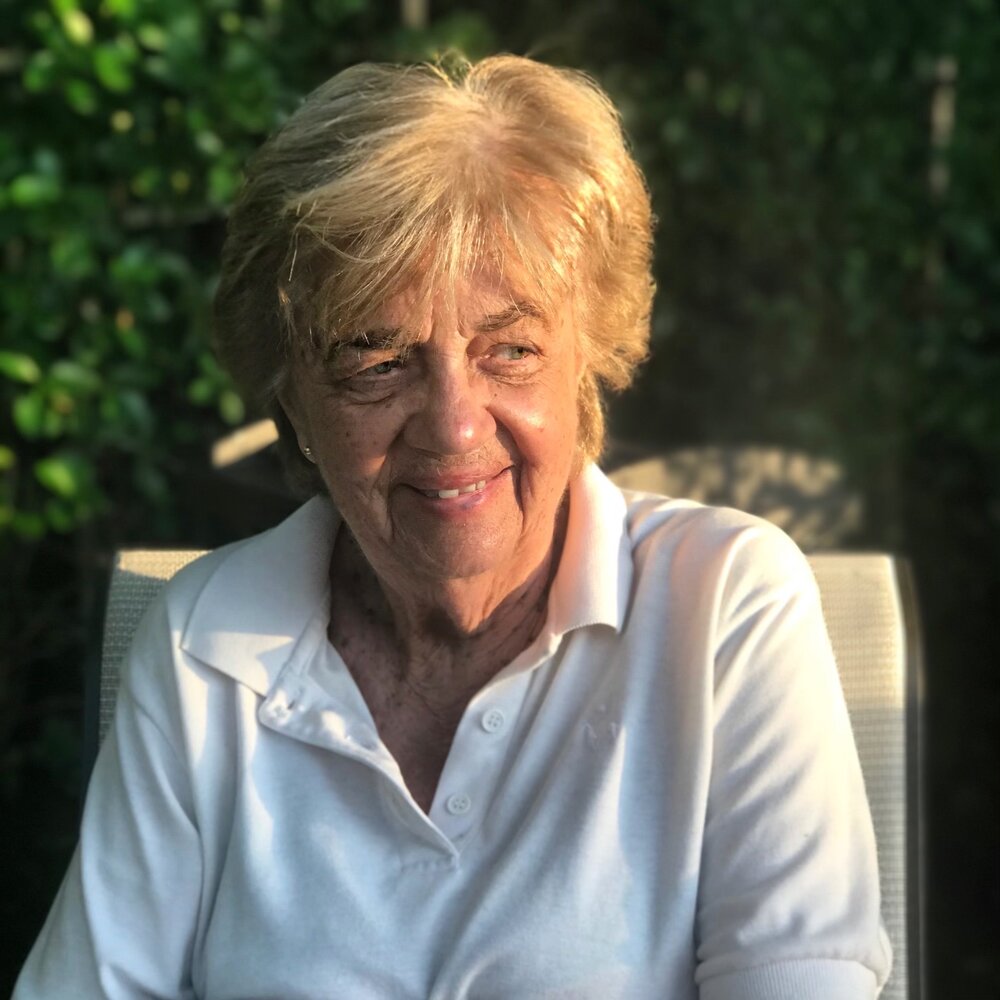 Please share a memory of Marcelyn to include in a keepsake book for family and friends.
View Tribute Book

Marcelyn Crozier Gordon, 93, passed away peacefully at her home on September 2, 2022.

Marcy, as she was known, was born on April 9, 1929, in the Bronx, New York, where she was the third child in the blended family of her loving parents, Alexander and Mamie (Gruber) Crozier. She was predeceased by her brothers, Leonard and Ronald, and her sister, Lillian. Marcy , her parents and her extended family settled in the then brand new Parkchester section of the Bronx, where she grew up close to her large extended family that included many aunts, uncles and cousins. Marcy attended and graduated from Hunter College where she studied both her passion, art, as well as elementary education. Following her graduation, she began a long career as an elementary school teacher, first in the Bronx, and later in Rye, New York.

Marcy was married to the love of her life, Lawrence (Larry) until his death in 1996. Together, they raised three daughters. In 1965, they took a leap and moved to the suburb of Rye, New York where they bought a home for $26,000. Marcy remained living in the house that she loved, until her death. The location of the family home made summers special as days were spent at the beach, evenings listening to the shrieks of joy coming from Rye Playland, and weekends watching fireworks from the front lawn.

When not at work, Marcy was always involved in one of her projects. She was an accomplished painter and sculptor. Additionally, she was also a self-taught craftsperson who could tile a floor, fix a leaky toilet or re-wire a fixture, with Larry, her trusty assistant, by her side. Following her retirement from teaching in 1998, she and her closest friends from her work family spent many an evening at Broadway shows and traveling across the United States and Europe. The woman had a good life!

Her long, loving and happy life will be celebrated on November 12th. Details are incomplete at this time, but please email Lois at loisgordon@optonline.net to receive further details.

Share Your Memory of
Marcelyn
Upload Your Memory View All Memories
Be the first to upload a memory!
Share A Memory
Plant a Tree