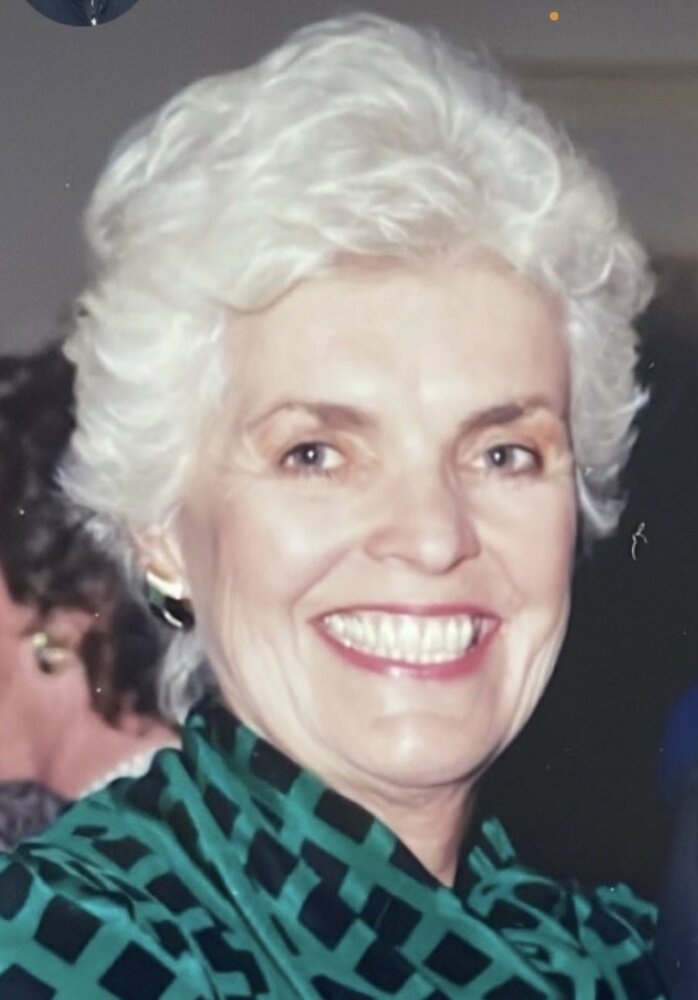 Please share a memory of Frances to include in a keepsake book for family and friends.
View Tribute Book

“Franny” lived a long and love-filled life guided by faith, family and friends. She was born in 1926 in Worcester Massachusetts, the second child of Ray and Margaret Heffernan. Franny graduated from Newton Country Day School of the Sacred Heart in Newton MA and Rosemont College in PA. She was a great athlete throughout her life playing tennis, golf and was a terrific skier. A social worker after college, she met Francis C. (“Frank”) Rooney of North Brookfield MA. Smitten by her beautiful smile and quiet demeanor, Frank pursued the “City Miss” from Worcester, and they were married for 65 years before his death at age 93 in March 2015. Franny was the quiet strength behind the scenes for her husband through his long and successful career.

She is also predeceased by her adored sister, Clare H. Shlora, and her brothers, William and Paul Heffernan. Franny is survived by her brother, Jack Heffernan of Rye NY.

Franny and Frank were great advocates and supporters for Inner-City Scholarship Fund. She was a Dame of Malta and traveled to Lourdes as a volunteer. She was also a generous volunteer for St. Vincent’s Hospital and various other charities.

Her greatest love and focus was her husband and family. From Chicago, Larchmont, Greenwich, Rye, Lost Tree in Florida to their treasured time in Nantucket, Franny and Frank celebrated with family and friends at every opportunity and created a love of life that her family will carry on.

In lieu of flowers donations can be made to Inner-City Scholarship Fund.

Share Your Memory of
Frances
Upload Your Memory View All Memories
Be the first to upload a memory!
Share A Memory
Send Flowers
Plant a Tree