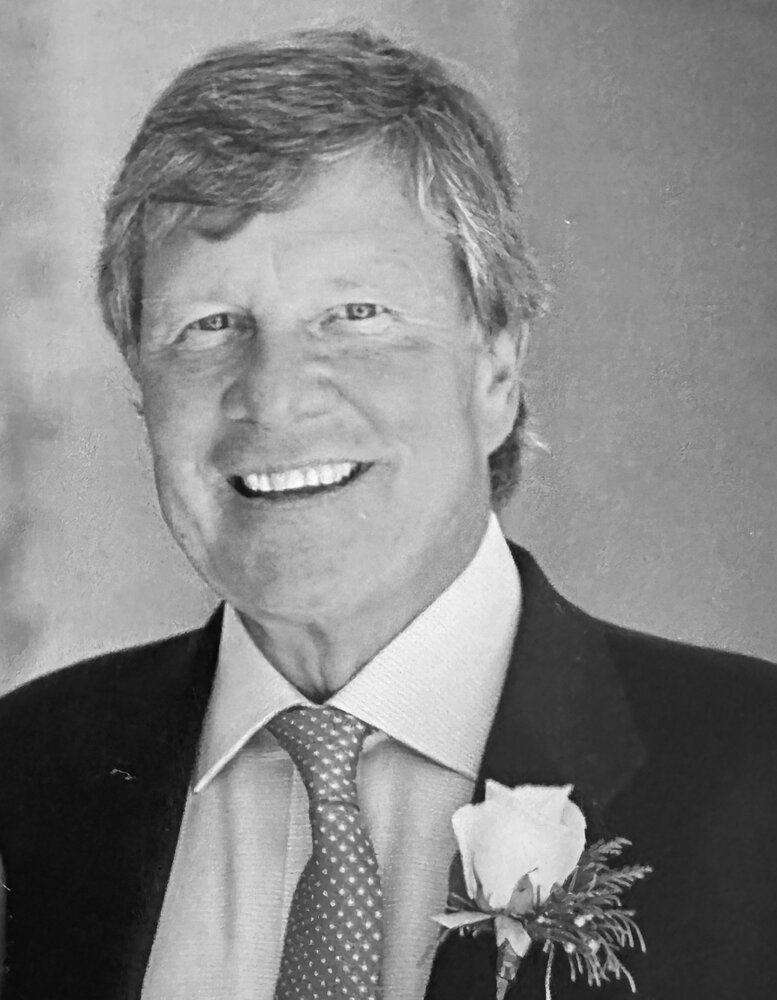 Please share a memory of Frank to include in a keepsake book for family and friends.
View Tribute Book

Frank Armstrong (Terry) Savage, 75, passed away on December 13, 2022, in the company of loved ones. Terry was a beloved son, father, grandfather, and friend who positively impacted the lives of so many. His infectious personality, sense of humor and love of life was felt by all who had a chance to know Terry. Throughout his life, he achieved numerous successes, however, his proudest achievements will always be his 45-year marriage to his wife, Cindy, his 5 kids and his 13 grandchildren.

Terry was born August 1, 1947, in Philadelphia, PA to Frank and Marie Savage. He grew up in Glenside, PA where he enjoyed a loving childhood and had the opportunity to compete in little league baseball for years with Reggie Jackson. Terry graduated from the Penn Charter School in Philadelphia, PA in 1965, where he was a standout shooting guard on the basketball team. He continued his basketball career at the University of Pennsylvania and earned a Bachelor of Science, majoring in finance, from The Wharton School of Business in 1969.

The son of a United State Marine Corps officer, Terry proudly went on to serve as an Infantry First Lieutenant and Captain in the Marine Corps after college. He saw combat action in The Republic of South Vietnam where he earned a Bronze Star with Valor, a Navy Commendation, and other personal awards. He would recount stories of his experiences in Vietnam and express how fortunate he felt to serve alongside some of the best men our Country has to offer. He was so proud that his two sons, Ward and Grant, followed his and his father’s legacy by also serving their country as Marine Corps infantry officers.

Terry returned home to begin a multi-decade career as a restructuring investment banker in New York City. After stints as the Head of the Restructuring Groups at Warburg Dillon Read and then Co- Head of the Restructuring Practices at BT Alex, Brown, he and his business partner, Barry Ridings, moved their Restructuring Group to Lazard Freres in 1999. As the Co-Heads of the Global Restructuring Group, “Terry and Barry,” as they were universally known, went on to work on some of the most influential bankruptcies to date. Terry spent 23 years at Lazard, ending his tenure as the Vice-Chairman of Investment Banking and subsequently as a Senior Advisor starting in 2015. With his larger-than-life personality and deal acuity, Terry enjoyed the nuances and gamesmanship that characterized his work. He had a genuine passion for the business that was noticed by all who worked with him.

Most recently, Terry devoted his life to his constantly expanding family, his beloved wife, Cindy, and to spending as much time as possible in Bermuda, escaping the cold, on a lounge chair, in the sun, reading a book. If not laid out reading a book, he was out on the golf course carding pars and bogeys, ok a few double bogeys too! When back in Rye, he would spend considerable time supporting his children and grandchildren in all their endeavors. He loved standing on the sidelines watching them compete in various sports and was quick to deliver the first big hug when play was complete. He also gave much of his free time to his service as a member of the Boards of Directors at the Mid Ocean Club and the Blind Brook Club.

A Celebration of Life will be held at Christ’s Church in Rye, N.Y. on January 10, 2023 at 11:00 A.M. The service will be livestreamed.  To view the livestream click here. In lieu of flowers, please consider a donation in Terry’s honor to The Travis Manion Foundation (www.travismanion.org – please dedicate donation in honor of Terry Savage) or The Weill Cornell Medicine’s Stroke Fund (https://s010.med.cornell.edu/wcmc/make-a-donation.html - in memo portion indication “stroke gift in memory of Terry Savage”).

Share Your Memory of
Frank
Upload Your Memory View All Memories
Be the first to upload a memory!
Share A Memory
Send Flowers
Plant a Tree