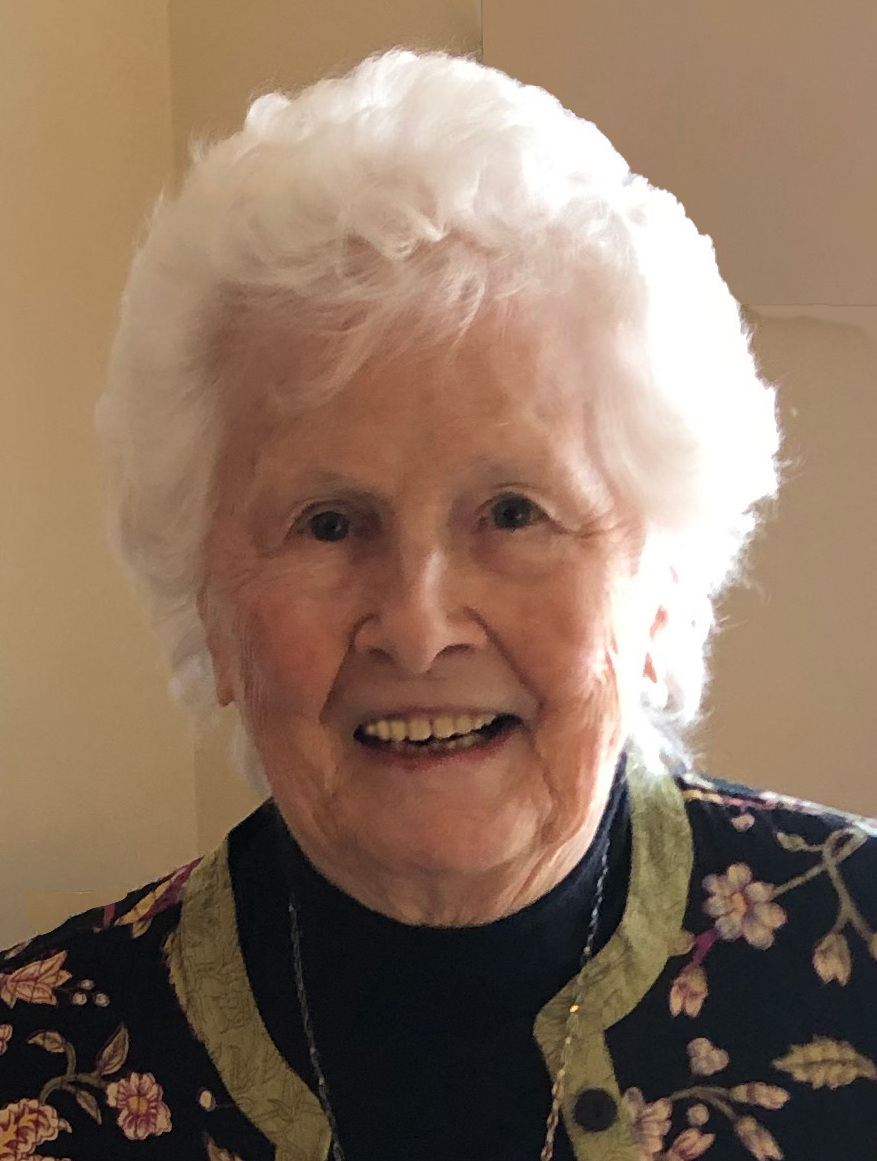 Please share a memory of Mary to include in a keepsake book for family and friends.
View Tribute Book

Mary T. Johnson passed peacefully at home, in the embrace of family, on January 18, 2023. It was the birthday of her husband, Douglas M. Johnson, who predeceased her twenty years ago.

Born on January 9, 1932 at Children’s Hospital in New York City, Mary Theresa Gill was the third child of Irish immigrant parents who had little formal education. The family struggled to make ends meet, and the kids were called on to help support their parents who were the superintendents of the building where they lived in the Bronx. Regular contributions included shoveling the stoop and collecting the soot from the building’s coal furnace. Mary’s childhood coincides with the worst years of the Great Depression. In their adult years, she and her sisters, Bea and Anne, infused memories of these times of hardship and scarcity with good humor, including gifting each other cans of Spam at the holidays (long before its recent revival).

In her high school years, Mary met her lifelong friend, Mary Green. She earned her diploma from Cathedral High School for Girls in 1950. Always hardworking and committed to helping others, one of Mary’s signature life stories from her teenage years is how she impersonated her older sister, Anne. Of course, with good intent. At age 15, she used Anne’s social security number to get a job at Horn & Hardart so that Anne could go into the convent and Mary could contribute to the family finances on her behalf.

Mary met Charlie Pike after graduating from high school. Two kids from the Bronx, they had great hopes and little life experience. They fell in love and set out to build a family. They were married in 1955 and had six children born between 1956 and 1964. Mary always loved kids and didn’t worry much about the mess. The young family had many moves - including Salt Lake City, Huntington, Somers, and Ossining - until settling down at 132 Rolling Hills Road in Thornwood, NY, where Mary raised her family and continued to live for over forty years. The Munz and Parise families became lifelong friends during this time. Mary rarely missed Saturday afternoon martinis with Pat and Gene, and she enjoyed many Sundays by the poolside with Tom and Eleanor.

Mary went back to work after her marriage to Charlie ended. Not a stranger to hard times or hard work, her faith, resilience and love of family helped her chart this next chapter. As a working mother, she started as the executive receptionist at United Nuclear Corporation and then became the marketing manager at Westchester Community Health Plan, one of the first managed care plans in New York State. Mary met Doug Johnson who was president at United Nuclear Corporation. They fell in love, and were pronounced husband and wife on October 2, 1982.

Mary soon decided that retirement with Doug would be a lot more fun than her nine to five routine and traded in her briefcase for a suitcase that got lots of great use in the ensuing years. Mary and Doug bought a place together on the Rogue River in Grants Pass, Oregon. They became experts at salmon fishing and apple growing. Feasting on blackberries and river rides, visitors to Grants Pass always came away enriched with memories of wonderful, dry, sunny and joy-filled days.

Mary and Doug were role models for all of us. Caring, respectful, tender, and together. They traveled to all corners of the world. And when their bags were unpacked, they were frequently planning for or hosting holidays and visits with family. Grandchildren started to arrive, and the next generation grew steadily. When Mary and Doug weren’t enjoying family time, they were often engaged with their church community where Mary’s chicken chili is legendary.

Mary and Doug’s love for each other overflowed to all of us around them, and Doug’s passing in 2002 left a gaping hole. Mary held tight to life. Her youngest grandchildren were born in the ensuing months, making nineteen in all. Mary lived to celebrate the high school graduations of all her grandchildren and almost all of their college graduations. She danced at the weddings of her children and grandchildren. She delighted in the arrival of many great grandchildren. Mary kept busy knitting blankets and sweaters and baking chocolate chip cookies for all. She also earned herself quite the reputation for her personalized greeting cards.

Mary gave her family, friends, and community the gifts of kindness, resilience, commitment, and can-do spirit. Mary had an abiding faith and ever evolving spiritual practice that gave her a certain peace and grace in the way she navigated life. Most of all, she shared the gifts of her time and more love than we can measure. She made the world a better place. May her memory be a blessing.

If desired, gifts in her memory may be made to Union Church of Pocantico Hills, White Plains Hospital Foundation, St Jude’s Children’s Research Hospital, or to the charity of your preference.

Share Your Memory of
Mary
Upload Your Memory View All Memories
Be the first to upload a memory!
Share A Memory
Send Flowers
Plant a Tree